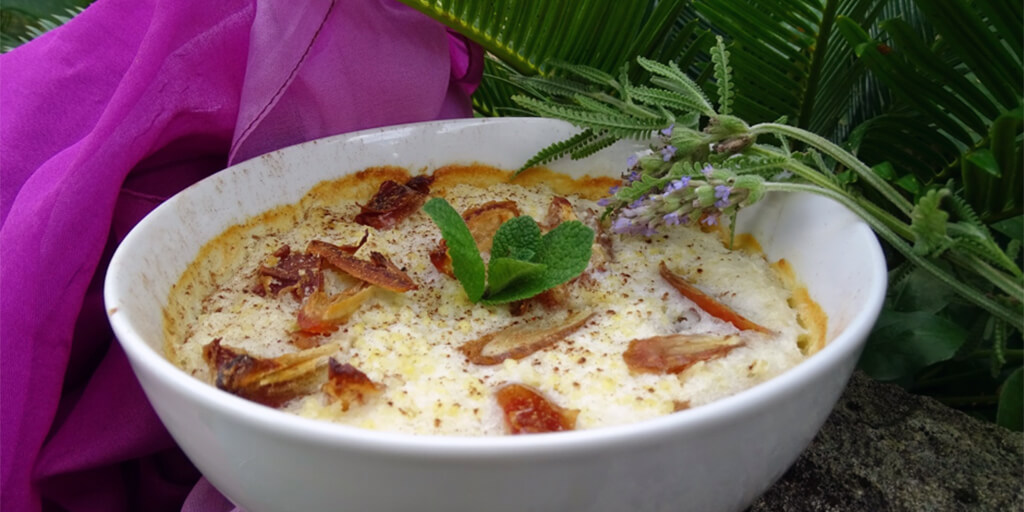 Millet may not immediately spring to mind when thinking of breakfast but it’s fairly bland flavour lends itself to a wide range of variations. Coconut and dates, citrus and nuts, berries, raisins or other dried fruit… and those are only some of the sweet versions. Serve it instead of rice or couscous with meat, use it to stuff peppers or tomatoes, make pilaf, or mix it into bread and muffin ingredients.

Millet is an ancient “grain”, thought to have originated in Ethiopia. It has also been used in India and Asia for centuries. Although it is often referred to as a grain because of its consistency, it is actually a seed, but is gaining in popularity as a nutritious, gluten-free alternative to wheat.

Millet is wonderfully versatile. Depending on how it is cooked, it can have the consistency of soft, creamy mashed potato or light, fluffy rice. It is a good source of magnesium, manganese, copper and phosphorus, as well as fiber.

Wash well before using to remove dirt and grit. For a nutty taste, the millet can be roasted or stir-fried for a few minutes before cooking. Though this recipe bakes the millet in the oven, it can be cooked on the stovetop for about 25 minutes instead.