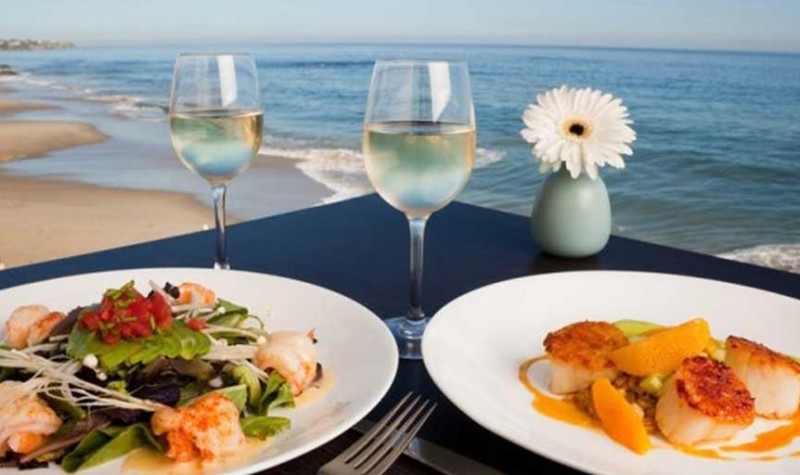 November 13, 2015 Comments Off on Foods of California

If there is one place in America where you will find the opposite of American food, that is in the sun-worshipping, bikini-clad state of California.

Many people reference “American Food” as a type of cuisine, but the United States of America is such a large, expansive country that the foods found in certain regions, or even certain states, is often distinctive from the American stereotype.

“American food”, to most people, means burgers, pizza, hot dogs, packaged sweets, and mostly anything that is considered considered unhealthy. “American food” means the opposite of fresh or natural. This stereotype is really unfortunate because there are culinary cultures all across the United States that offer truly unique, fresh, healthy, and delicious food. California is one region in the United States that sets itself apart from that “American food” label. California has it�s own unique food culture, and a lot of that has to do with the fact California is incredibly fertile. The Mediterranean climate and rich soil give Californian farmers the ability to grow a wide variety of crops. This abundance has influenced the cuisine of California in a big way.

If Californian cuisine is known for anything, it is known for its emphasis on health. This does not mean diet food. This does not mean weight loss shakes. This means true, old-fashioned health food. California is home to a very wide diversity of crops. Because Californians have access to such diversity, their diets tend to be rich in produce. Perhaps because that variety is so available, Californian chefs and eaters put emphasis on seasonal, local, and organic produce. Just some of the crops grown in Californian soil are grapes, strawberries, avocados, melons, walnuts, olives, almonds, dates, and figs. These ingredients are incredibly nutritious, and they make up the bulk of the Californian diet.

It�s no surprise that seafood is very popular in California. With the entire west side of the state running along the North Pacific Ocean, seafood has been making its way to Californian tables ever since humans have lived there. Not only does seafood fit the Californian health-focused priorities, but, thanks to the proximity of the ocean, it tastes super fresh.

Sushi is now ubiquitous across the entire United States, and that is thanks primarily to California. Sushi has been eaten in Japan for ages, but it wasn’t until Californian chefs started to play with the cuisine and make it their own that sushi became the staple cuisine it is today. Almost every single sushi restaurant in the United States features the classic California roll: cucumber, crab, and avocado. These are not classic Japanese ingredients. These are ingredients found and loved in California.

The history of latin influence in California is as long as the state�s founding. That latin influence is seen mostly clearly today in Californian cuisine. Latin American cuisine is as much part of American culture as the others the country has adopted over its founding, with restaurants such as Francisca Restaurant available to share the culture with those who are interested in great food. One of the types of cuisine that is very popular is “baja”-style. Baja style food is derived from Baja Peninsula, a region in Mexico that extends off of California. The food found in the Baja region has had a large influence on Californian cuisine. The flavors found in Baja cuisine are incredibly fresh and light and feature seafood. The most common item is the baja fish taco. These are grilled fish tacos, usually served with lightly dressed cabbage slaw and lime.

Another style of latin food found in California is the Mission style. This usually refers to a type of burrito that originated in the Mission District in San Francisco. A break from the typical beans, cheese, meat formula, Mission burritos include a wide variety of ingredients such as pico de gallo and rice. This type of burrito has spread across the country and has become quite popular.