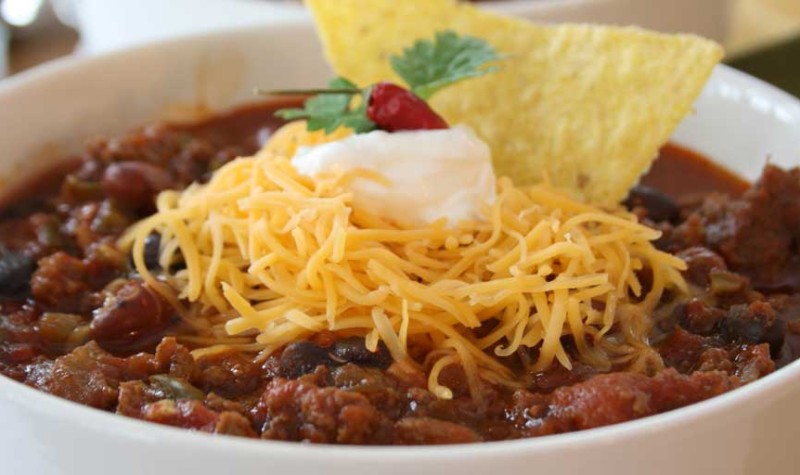 November 3, 2015 Comments Off on History of Chile

Some anonymous Mexican poet said, “There is only one thing as sizzling, red and hot as my beloved maiden’s lips and that is Mexican chili.” Well, there is no denying that chilies can be placed in the category of hot and sexy, perhaps like that lovely maiden’s lips but the Mexican connection is questionable.

While you may have some friends from Mexico who like to share the story about how Mexico brought chilli to America, next time you hear it, you should interject. As far as chili is concerned, Mexico can certainly not take the credit.

Well, then who takes the credit? From where this sizzling spice that we use every now and then, was first used? How it became a part of the diverse cuisines from the south to the north of Americas? How it was welcomed in different areas and what is the chili’s unique relationship with that specific part? I promise that if you keep reading, by the end of this article you will get answers to all such questions. So take a chili pill and see where it takes you.

What is Chili’s homeland?

While chili lovers were always available in the world, even before the time when historians cared to write about this spice, each and every one of them would love to declare his homeland as the birthplace of Miss. Chili. You think that the Mexicans are so proud in this respect? Ask some Indian man and he would say that Chili and India are almost inseparable. He would explain how chili is in his blood, in the wind that blows there, in the waters that flow and in their folklore. Yes, this reminds of The Mistress of Spices, but Indians are not alone to claim the guardianship of chili. Ask some Chinese and he would tell you how Chili and Sichuan are two parts of a one entity.

However, as simple as this question might appear, its answer is not simple at all. One of the main reasons why it is very difficult to answer this question is the thousands of years old existence of Chili. Chili actually took birth before the history and history can hardly tell us that this amazing spice which is the “most wanted” spice of the world is almost 6000 to 7000 years old. The traces of chili are found in the South America. While Mexico can only be a wild guess, but there are some other very important places like Ecuador, Peru or Bolivia. Chili simply does not leave any reliable traces in Mexico, although historians believe that it is actually in Mexico that Chili took birth.

While some researches prove that the first use of Chili was made in Mexico and it was awkwardly used not as a spice in some ancient Mexican cuisine, but it was used to make a beverage. Hmm! Chili beer! Care to take a sip? However, there are some other researchers who insist that Mexico is not the home of Miss. Chili, but actually took birth in the mountains of Bolivia and Brazil. Such chili historians are unable to prove whether after the birth Miss. Chili decided to take Brazilian nationality or the Bolivian. Judging from Luciana Zogbi’s looks, I bet that Chili was one of her ancestors. However, sooner and not later, through birds and humans, chili spread throughout the South America.

As it has been mentioned earlier, in some parts of Mexico chili was used to make spicy beverages. However, because the human beings were evolving they decide to make chili a thing for dinner. Perhaps the mustard or spicy sauce that you like today with your beef burger, is the granddaughter of chili. Chili was actually used as a part of some ancient Mexican sauce. Considering her usefulness, since the very beginning of her culinary career Miss. Chili was not only used as a food ingredient, but it was also used for pharmaceutical and even ritual purposes.

Now, next time when your Indian friend tries to brag about how ‘holy’ chili is to them, tell him that had Christopher Columbus not have taken birth, they would have never tasted the silly chili. Yes, it is true. Indians should know that to them Columbus was not only the discoverer of America, but of chili too. He met chili on his way and declared that it was also a pepper: how genius, I would have declared it sugar. So, how chili reached India? It is interesting. It went from Spanish merchants to Portuguese merchants to the Indian ports. Vasco de Gama takes the credit!

Coming back to how chili gradually became part of the American cuisine, we have to go back to Mexico. Although we refuse to accept the Mexican claim that chili is their national, we only accept their claim just as much as that of almost all South America. However, one dish that is particularly mentioned when it comes to the origin and use of chili, is the Chili Corn Carne. This is a Mexican dish and it mainly relies on meat and chili.

Talking of Chili Corn Carne, I cannot help but mention its US variation, and that is Vegetarian chili. As the name suggests, it is a vegetarian food. Then there is Chili Verde, which is a New Mexican delicacy, and it takes too much pork as well as too much chili. Chili is actually very famous in Southern states of the USA; it is the official dish of Texas too.

Coming back to Mexico, we should not forget an old chili delicacy and that is Tex-Mex cuisine. Tex-Mex is simply native-foreign food and it is made of chili. While it was made in Native American lands, the idea was foreign and this gave it its unique name. If I am to mention some relatively new chili delicacies, I will obviously recommend the Cincinnati chili, which is just a variation of the Texas chili. However, it is cooked a bit differently and it is topped with chopped onion and red kidney beans. Amazing! Huh! If you love some more, try Original San Antonio Chili or Joe Cooper’s Chili.

While there are many chili delicacies that we are sure about, something that we cannot be sure about is the true homeland of Miss. Chili. So, if you ask again where is she from, it would be such a chili question.