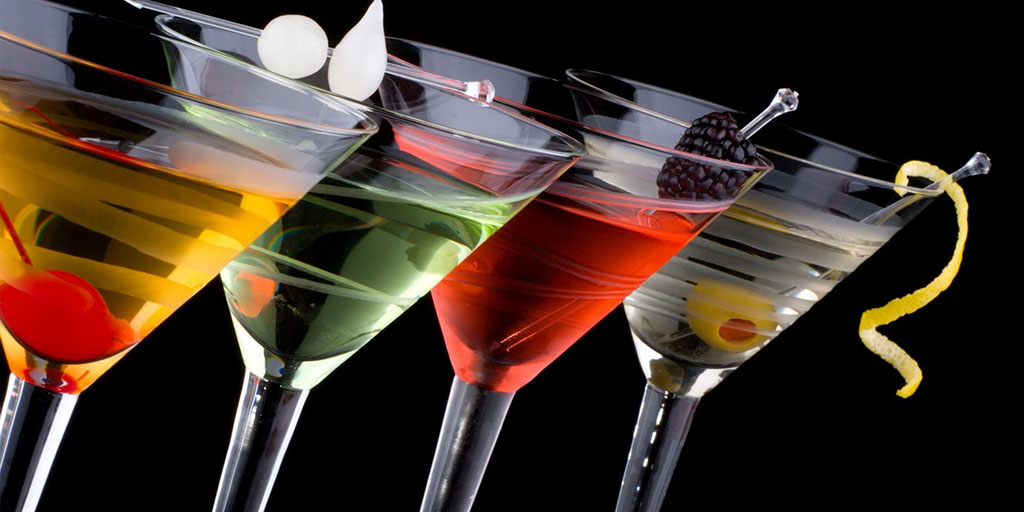 A sweet little thing in an even sweeter glass on a warm summer’s day is what you’ll see at backyards across the US as backyard aficionados experiment with Top American Cocktails.

Cocktails have been around for ages and they come in different forms, flavor, and conceptions. A cocktail is a blending of two or more ingredients and can be non-alcoholic, but for the most part, those that are looking to partake in a little cocktail are usually looking for a smattering of the alcohol kind.

Traditionally, cocktails entail the art of blending and the science of mixing, with the aim of achieving smoothness, elegance, precision, and ultimately satisfaction.

All through antiquity, people have consistently indulged in the act of drink mixing, but we are at a stage where it has become a profession for most and as such, it is now a multi-million dollar industry, where there is a fierce competition amongst all players.

These days, cocktails are no longer made just to quench the desire for a drink; they are now a symbol for class, social standing, taste, and affluence, etc.

Can you even call it a successful night out if you haven’t drunk at least one cocktail? They’re that popular that some people even want to find out where to get a fake id just for this type of occasion. Who knew?

It is with this understanding and our profound appreciation for the unknown inventor of cocktails, that we present to you some of the best cocktails on offer in America;

This is a classic cocktail that tastes the best at the bars and hotels in manhattan where it was originally make. The drink is mostly referred to as the godfather of all cocktails. A drink of such distinction must be matched with a rich blend of history and as such, the story goes that the Manhattan was first blended at the Manhattan Club in 1870, by Lady Randolf Churchill, the mother of Winston Churchill.

If the Churchill story is true, then Lady Randolf did not give birth to a president alone; she is also the mother of the godfather cocktail. Unfortunately, this version of the Manhattan history has been disputed by many and another version says it was originally part of the five-borough cocktails that were blended as a pledge to different parts of the city of New York, including; Staten Island, Queens, Brooklyn, Manhattan, and the Bronx.

The Manhattan cocktail has a masculine feel to it and this comes about as a result of the presence of a combination of bourbon whiskey, Vermouth, and bitters. It is well balanced and leaves a great feel in the mouth.

As far as the Manhattan is concerned, there are quite a few variations with regards to its recipe and this gives bartenders the opportunity to showcase their skills and levels of innovation. Basically, the items needed for a Manhattan cocktail include; whiskey, angostura bitters, red vermouth, maraschino cherry, and a cocktail glass.

The actual preparation involves; combining whiskey, bitters, and vermouth with about two ice cubes in a cocktail glass. After that, maraschino cherry should be placed in a cocktail glass and combined with the whiskey mixture. This is how the godfather is made

Martini is one of the most famous cocktail drinks in America and it is also the favorite of one of Hollywood’s leading fictioutious men – Jasmes Bond. This masterpiece which was referred to as “the elixir of quietude” by E.B. White is shrouded with an uncertain past and this has led to the postulation of differing versions with regards to its origin.

There is a version that says that Martinez, as it is also called, was invented by Julio Richelieu, a bartender in a town called Martinez in California. The other version is of the view that Martini was first blended in the 19th century by Jerry Thomas, a trendy bartender, while a relatively unheralded version posits that a bartender named Martini di Taggia of Knickerbocker Hotel in New York made the first blend in the 20th century.

The Martini cocktail is a combination of gin, vermouth and olive or lemon. The preparation process is straightforward and involves pouring all ingredients into a mixing glass that contains ice cubes. After that, lemon oil is squeezed into the content.

Even with all that has been said, it should be noted that there is a variety of recipes for Martini e.g. Chocolate Martini, Apple Martini, and Expresso Martini etc. The shape of the Martini glass makes it one of the trendiest cocktail drinks around.

The Long Island Iced Tea contains no tea, it is rather made up of different blends of alcohol, including; light rum, tequila, gin, vodka and a splash of coke. This is one cocktail that leaves a very smooth taste in the mouth, but as a rule, it must not be rushed. The drink was invented by Robert Butt, a bartender at Oak Beach Inn in 1972. According to Butt, the drink was invented at a cocktail contest he attended and a few years after, it became known all over the world.

As per preparation, all ingredients are mixed in a highball glass, stirred and garnished with a lemon spiral. It is super impressive.

Cocktails have been around for a long time and only seem to be getting more elaborate. In fact the aforementioned drinks alone have all sorts of versions with differing flavors and alcohol types.