History of the Hamburger

January 8, 2016 Comments Off on History of the Hamburger 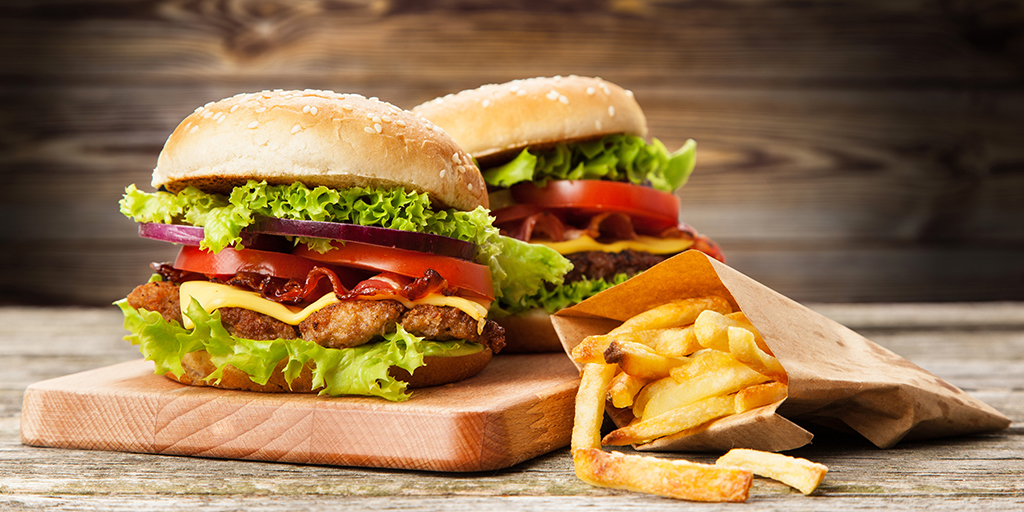 A juicy, succulent grilled all-beef patty tucked into a pillowy fresh bun is an ode to all-American deliciousness. Grilled to perfection using the best firewood for sale, it’s comforting, it’s filling, you can dress it up, dress it down or don’t dress it at all. The Hamburger has become an American classic attracting tourists young and old to America from all over the world! Many au pairs come to America to experience the culture and the food is an added bonus. If you are interested in becoming an au pair, be sure to visit Cultural Care Au Pair for information on how to do so! With all of this awesomeness to celebrate, it certainly is no surprise that there are many people that have laid claim to the invention of the modern day hamburger. As far as records go, the truth lies somewhere in the US in the latter half of the 19th century or the first half of the 20th century.

These days, if you asked anyone to describe what a hamburger is, it’d be pretty simple stuff: a beef patty on a bun with some condiments like ketchup and mustard and toppings like onion and tomato.

This whole hamburger hoopla may not have happened had it not been to a certain port by the name of Hamburg and a whole lot of immigrants coming to America from that launching pad. Just like the mighty pizza which came all the way from Italy, the Hamburger is also a foreign delicacy. You might have seen fast food joints using pizza ovens like ooni karu 16 to bake the dough, which evolved from the accident method of making pizzas on hot ashes. Similarly, the original hamburger a la the Hamburg port would have been a version of steak tartare, which is raw minced meat speckled with spice. This version began to be served up in the latter half of the 19th century to appeal to the European immigrants arriving in New York.

There are many claims made as to when the raw version began to be served fully-cooked. Credit has been given to Dr. James H. Salisbury who prescribed the cooked version to his patients and in turn Salisbury Steak was invented, which could have been the precursor to today’s hamburger.

The salisbury steak began to be served in between two pieces of bread and that is how the salisbury enters into the history of the hamburger. However, claims to when that happens vary and come from different areas from the United States. It is however, commonly understood that the change to eating salisbury steak in between two pieces of bread arose as a necessity for people on the go, people with no time to sit down with a knife and fork.

As any hamburger lover knows, the bun is of the utmost importance and any old pieces of bread just won’t do. It is believed that the bun and the burger married at one of the many fairs that take place across the US, however who exactly did it first is disputed but in the history of the hamburger it likely occurred around the last decade of the 19th century.

The official mass market version can be credited to American burger chain White Castle. White Castle began serving up yummy burgers in 1921 in the midwestern US. These burgers were just $0.05 when the restaurant first opened its doors. The first restaurant was in Kansas, but the popularity of the burger in just the first year had the chain expanding quickly to neighboring States.

It is safe to say that McDonald’s is one of the most widely recognized brands in the world and burgers are their business. The company opened up in 1955 and hasn’t looked back since. It was with the opening of fast food chains like McDonald’s that the combination of a burger, fries and a soft drink became the standard service of a burger meal.

A look back at The Roman

In its present-day form, the hamburger is intrinsically tied with American culture, however its beginnings are likely not American and likely not as simple and humble as today’s version. A version of the mincemeat patty may have been around in the 4th century thanks to some crafty Roman cooks. The Roman version involves the use of pine nuts as well as wine, making it an upgraded version of your traditional burger. Here is a quick recipe for you to make your own Roman burger, you can have it with or without bread.

The next theory of hamburger history is oh-so very interesting and very clever too. Since hamburgers and fast food go hand-in-hand, it is no surprise that the hamburger is not just tasty but its also viewed as a grab-n-go mood. Now, the Mongols of the 12th century had a similar idea. As they whipped through parts of Asia atop horse, charging and massacring, they had little time to stop for vittles. So picture this, as they raced through the continents they had a piece of meat cooking right under their saddles.

The classic burger is a fast-food staple but it is also one of those foods that taste especially awesome when served up by your fave griller at your fave local diner. Of course if you want to get schmancy-fancy and go gourmet, some of the most expensive restaurants around will have their very own uber-priced versions. Suffice it to say, a burger, a beer, good friends and a Friday night is basically all kinds of awesome Americana waiting to happen.