History of the Bagel

November 26, 2015 Comments Off on History of the Bagel 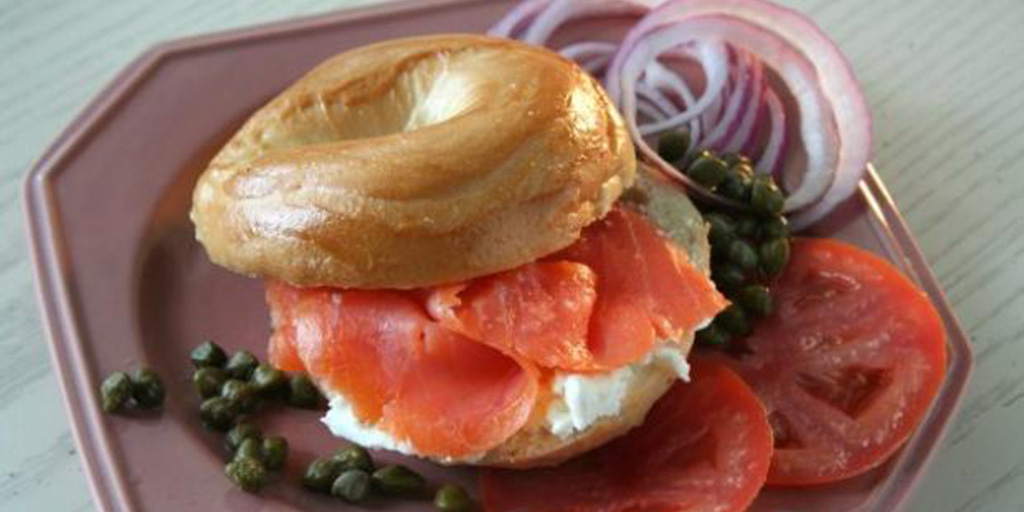 It’s hard to believe that just a few decades ago the only kind of edible, soft ring known in North America was sweet and covered in sugar or sprinkles. In reality, there is a history of the bagel that goes far back to the old World. These days’ donuts take a back seat to the morning bagel in cities across North America.

In case you haven’t left your home since forever and don’t know what a bagel is, here’s the simple explanation. Bagels are similar to bead in consistency and made of yeast, water, salt, and whole wheat and some sort of sweetening agent.

Bagels are round and have a whole in the middle. Bagels are rolled into form and once that’s done they’re popped into boiling water for a quick minute before being baked. Although baking is the traditional method of cooking, some operations use steam to cook the bagels.

A good bagel has a nice, crispy, slightly salt exterior and a soft, chewy interior. Besides a plain bagel you can also get it topped with poppy seeds or sesame seeds at most places. Some outfits that are dedicated to the art of bagel-making offer flavors like cinnamon raisin, flaxseed, Asiago cheese and more.

Although bagels look nice and compact, they can cost you close to 300 calories as opposed to two slices of toast which come in at half the calorie-count.

The birthplace of what we know as the modern-day bagel is believed to be Poland. A tale which is likely more fiction than fact claims that the bagel was invented in honor of the king of Poland, Jan Sobieski.  As the story goes, a bread maker rolled some dough in the shape of a stirrup belonging to the King. This honorable bestowing of a stirrup-shaped bagel came after the king saved Poland from Turkish invaders.

The bagel was popular not only for its taste but also for several functional reasons like the fact that it stayed fresh longer than bread due to its boiling process. Additionally, a bagel could be dunked in some tea or coffee to get it soft and moist and it wouldn’t melt away like bread would.

The Journey to America

As more and more immigrants from Eastern Europe settled into the United States, the demand for Eastern European goods grew. One of the biggest demands was that for traditional breads including bagels. The increased demand was difficult for small, local bakers to keep up with and with that came mass production of bagels. This mass production brought the bagel full circle, with the increased availability of bagels leading to increased demand and vice versa.

In fact the early 20th century boasted the creation of a bagel baker’s union which regulated bagel baking in New York. Although he early years had bagel consumption strictly in the domain of the Jewish public, this changed dramatically after the Second World War. As the Jewish community moved out of Jewish districts in central New York so did bagels. The 1950s saw bagels slowly gaining mainstream popularity. As large bakeries opened up across New York, bagels started popping up all over the place as an alternate bread choice. In fact, the bagel and cream cheese combination proved so popular that it became a popular staple at breakfast joints across New York City.

Mass production of the bagel lead bakery owners to search for methods to preserve the bagel so that the fresh taste was maintained several days after production. It was quickly discovered that bagels could be frozen and then thawed without losing their flavor and texture. Slowly, quietly but surely, bagels made their way into supermarkets across the country.

Americans quickly developed a taste for cream cheese and bagels, this combination can be found in just about any coffee shop across the country these days.

The history of the bagel is complex and it may have come from a long way off, but it has been adopted and is well-loved across the nation. In fact, many people would tell you that the bagel is an American invention created in New York.