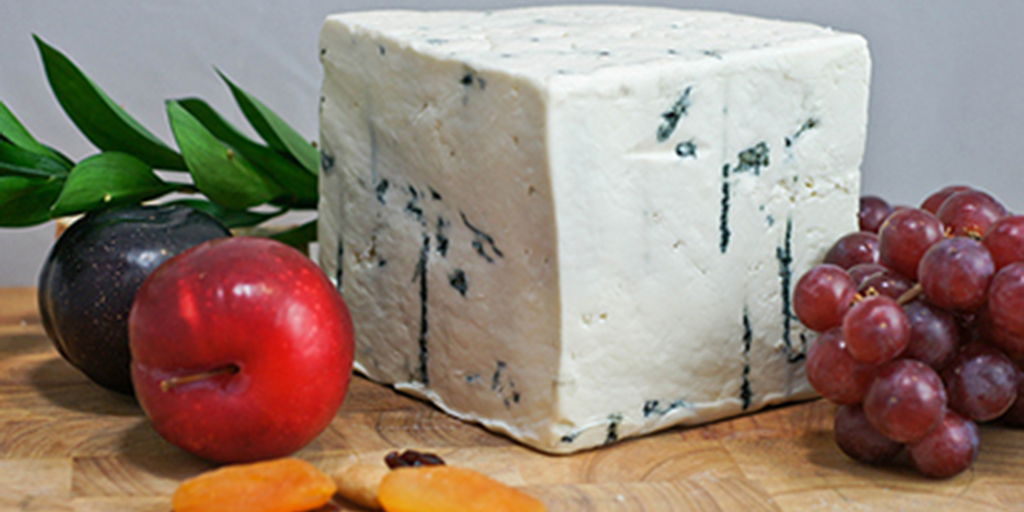 Classic blue cheeses like Gorgonzola from Italy and Roquefort from France are both excellent for melting on croutons for onion soup but these days there are many excellent blue cheeses produced in the United States too.

From California, this is a raw cow’s milk cheese aged at least six months. If you like a very sharp blue cheese this is the one to get. While it is very creamy, some find the sharp taste slightly bitter.

This is a pasteurized cow’s mile double-cream blue chees3e from Wisconsin. It is smooth, creamy and mild with a pleasant sweetness. A similar cheese is Little Boy Blue made from sheep’s mild, which is equally creamy and mild with hints of hay and caramel. Some find it slightly salty.

From Massachusetts, this is a raw cow’s milk cheese that some tasters describe as the quintessential blue cheese. It has earthy, mushroomy undertones and hits of Cheddar.

This cheese is from Roque Creamery in Oregon and is modeled after Roquefort. It is funky and sharp while Rogue’s Oregon-zola, as the name implies, is modeled after Gorgonzola, and is gentle and bright with a crumbly texture.

Maytag is a blue cheese produced on the Maytag Dairy Farms outside of Newton, Iowa, the former home of the Maytag Corporation. It uses a process for making blue cheese from homogenized cow’s milk instead of the traditional sheep’s milk. Maytag Blue has a dense, crumbly texture. As it melts in your mouth it imparts a spicy flavor with a final bite.

A raw milk artisan cheese made from Jersey cow’s milk in small batches, Berkshire Blue is made in Massachusetts. This artisan cheese is made completely by hand, and by only one person. It is hand-stirred, hand-ladled and manually turned, resulting in an exceptionally creamy, smooth blue, mild yet very full-flavored. It isn’t too pungent or salty. It is known for having low levels of both acid and salt in the cheese.

Wine Pairings
While most red wines don’t pair well with strong, salty blues—and there are sweeter, semisoft blues to explore—Port and zinfandel are two to try, as well as, sparkling wine, Chardonnay, dessert wines, barleywine-style ale, Belgian ale, Trappist beer and stout. As a dessert, Sauternes are a classic pairing, the salty cheese balancing the sweet wine.